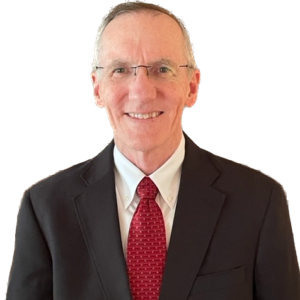 Ray has over 37 years in the U.S. Army as an Infantry officer with combat experience serving in both active and reserve billets retiring at the rank of Major General. At the time of his retirement, Ray was serving as the Deputy Chief of Staff, U.S. Army Training and Doctrine Command (TRADOC), Fort Eustis, Virginia.

Significant assignments during his time in uniform include duty with the 1st Infantry Division as a Senior Combat Advisor supporting the Iraqi military during the 2007 coalition surge; Director, Army Protection, Headquarters Department of the Army G-3/5/7, at the Pentagon in Washington, D.C.; and as the Commanding General, 84th Training Command, Fort Knox, Kentucky.

In terms of business knowledge, Ray brings extensive corporate experience from across multiple Fortune 500 companies while serving in leadership positions in manufacturing, sales, IT project management, and enterprise software implementations.

Ray represents the third generation from his family to have served with the 1st Infantry Division in foreign campaigns during times of conflict – World War II, Vietnam, and Iraq.

Most important, Ray enjoys spending time with his family at every opportunity.  Additionally, Ray serves as an adjunct professor at the collegiate level with a passion for organizational and cross-cultural leadership; entrepreneurship; and organizational culture.