This Is a New Year

“This is a new year. A new beginning. And things will change.”
― Taylor Swift, American singer-songwriter

The central drama of the past year—and likely of the coming year—was the Federal Reserve’s belated but very aggressive efforts to bring inflation under control. The economies of the United States and the world were influenced by rising inflation, its causes, and the policies aimed at curtailing it. While inflationary pressures began to mount in 2021, they were exacerbated in 2022 by continuing supply shortages, the ongoing effects of the COVID-19 pandemic, the Russian invasion of Ukraine, and a global energy crisis.  The International Monetary Fund expects worldwide inflation to hit 8.8%, the highest rate since 1996. In response, the Federal Reserve began the most aggressive policy of interest-rate hikes in more than 15 years.

Inflation also impacted the stock market, again both at home and abroad. Several market sectors that had led the bull surge since 2008 suffered notable pullbacks. The U.S. equity market after rising seven times in the nearly 13 years between the bottom of the Global Financial Crisis (March 9, 2009) and this past January 3, sold off sharply; at its most recent trough in October, the S&P 500 was down 27%.

It seems to me more than a little ironic that, after the serial nightmares through which it’s suffered since the onset of the pandemic early in 2020, the mainstream equity market managed to close out 2022 somewhat higher than it was at the end of 2019 (3,839 versus 3,231, a gain of 19%). Not great, but not at all bad for three years during which our entire economic, financial, political, and geopolitical world blew up.

If anything, this tends to validate our core investment strategy over these three years, which—simply stated—has been to: stand fast, tune out the noise, and continue to work your long-term plan. That continues to be our recommendation, and in the strongest possible terms.

There are some positives to consider as we enter 2023. The GDP expanded for the first time in the third quarter, and crude oil and gas prices reversed course and dipped lower. Primary inflationary indicators, such as the consumer price index (CPI) and the personal consumption expenditures (PCE) price index, trended lower at the end of the year. The burning question of the hour seems to be whether and to what extent the Fed, in its inflation-fighting zeal, might tip the economy into recession at some point—if it hasn’t already done so. Over the coming year, the way this plays out may determine the near-term trend of equity prices. Our position continues to be that this outcome is simply unknowable, and one cannot make rational investment policy out of the unknown.

That said, we continue to believe strongly that whatever it takes to put out the inflationary fire will be well worth it. Inflation is a cancer that affects everyone in our society; if recession proves to be the painful chemotherapy required to destroy that cancer, then so be it.

Although this may be hard to remember every time the market gyrates (and financial journalism shrieks) over some meaningless monthly economic datum or other, we, you and I, are not investing in the macroeconomy. Our portfolios largely consist of the ownership of enduringly successful companies—businesses that are even now refining their strategies opportunistically to meet the needs and wants of an eight billion person world. I like what we own.

We will have a lot more next month on the recent legislation the president signed on Thursday, Dec 27, 2022.  However, we wanted to get out to you one of the biggest changes in the Act.  Three years ago, SECURE Act 1.0 increased the age for taking the required minimum distributions, or RMDs, to 72 years from 70½. Thus, if you turned 72 last year in 2022, you are required to take an RMD and you’ll remain on the annual schedule. However, if you turn 72 this year, 2023, under SECURE Act 2.0 the age required for taking your RMD rises to 73.  You have no RMD in 2023.  Your first RMD is in 2024, the year you turn 73.

END_OF_DOCUMENT_TOKEN_TO_BE_REPLACED 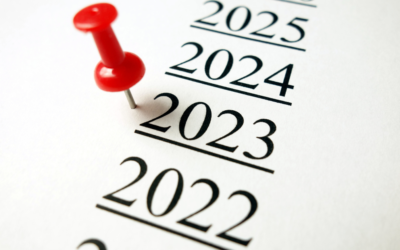 Top 10 Tax-Planning Strategies to Maximize Your Savings in 2023

END_OF_DOCUMENT_TOKEN_TO_BE_REPLACED 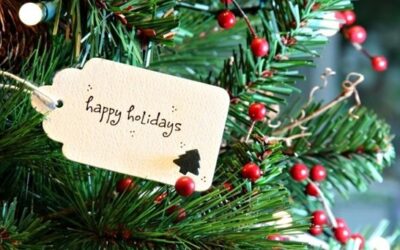 By Lee Sherbakoff, CPA/PFS™, CFP®, RICP® Happy Holidays from our team at The Nalls Sherbakoff Group! After yet another...